skip to main | skip to sidebar

May 2009 is the month where a lot happen to me. I met people who confuse everyone when they can not convince any one, one who quotes or refers famous people and smart ass so they will sounds or look sophisticated. Call me dumb, but they have managed to confuse me. I will always opt for the KISS....Keep It Simple, Stupid!

...and here goes the last couple rolls of film which I self proccessed for this month. This time I change the agitation method by shaking them hard. I think they like it...yeah shake it hard baby...yeah..! I scanned it with no digital alteration at all except for resizing, because I have now decided to fix everything before I press the button and before the shutter snaps. There will be no more curving, sharpening and cropping. That's the way aha aha I like it, that's the way aha aha I like it 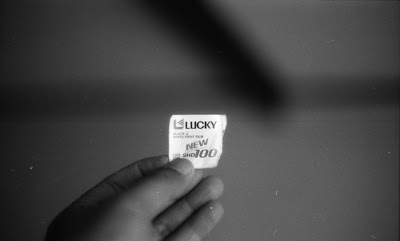 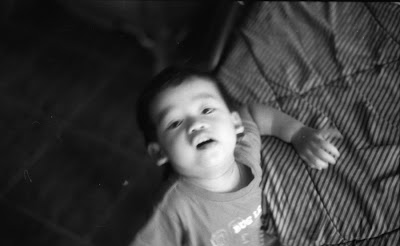 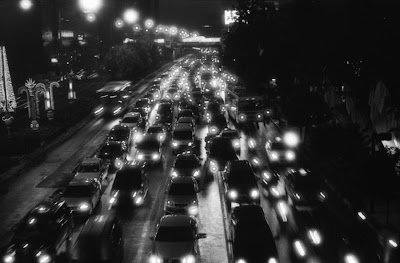 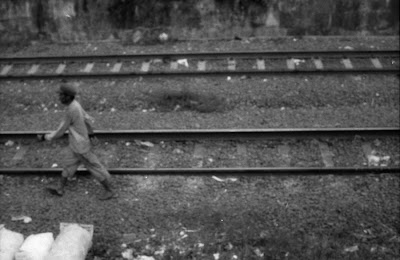 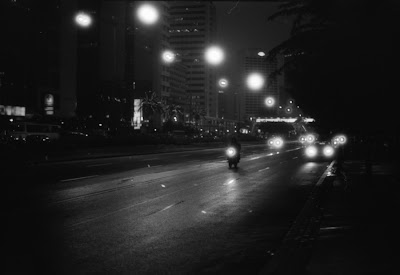 saturday at the park

strolling around Blok M interchange (halah...), Little Tokyo (hahaha...karaoke and spa), Melawai and Ayodhya Park with the Pineapple Man and his orchestra...the music is splendid, the snack is mie ayam and the drink is teh botol...pick a bunch of old copy of NG Mag (1980s....) because they have a lot of old camera advertising that I like...

the dirty clothes are laundered using the same liquids, formulas and technic as before 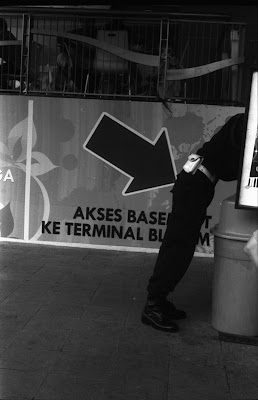 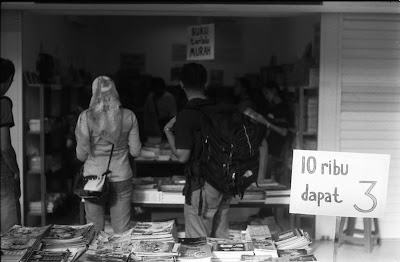 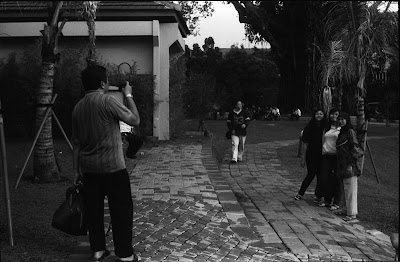 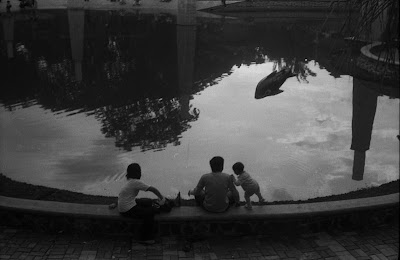 doing my own laundry for the 2nd time

Yesterday I forced myself to do my own laundry rather than took it to the launder at jalan sabang. The dirty clothes are a couple of 7 years expired Kodak T-Max 400 previously exposed on my 99th and 100th junk camera. Yes, I collect junk cameras!

So there I was, mixing water and some weird chemical stuffs as well as the black acid liquid I used to swallow with tomatoes and paprikas and a handful of liquid soap. The preparation was huge and tense, I try to memorize everything I could including sneaking into the internet for the best recipes (hence the acid, as used by the wanderlust launder).

The real action happens really fast, less than 15 minutes, involving stirring and draining liquids in and out the washing tank. By the way, I load the dirty clothes not in a total darkness because someone deliberately switch on the porch lamp just outside my study room.

As expected, my dirty clothes are still full of shit!

I wonder if I have to launder some more clothes tonight..... 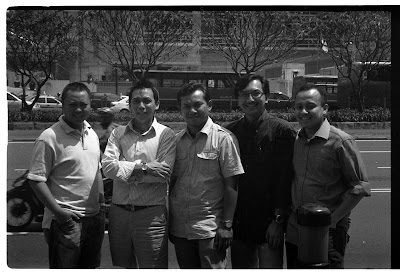 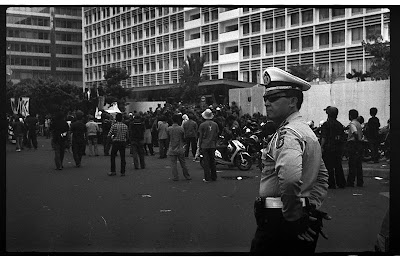 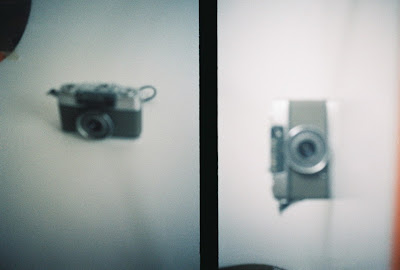 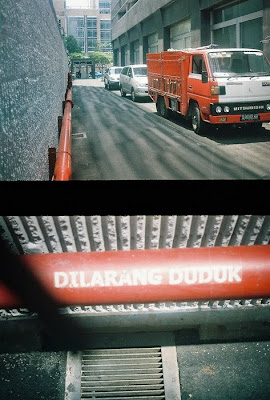 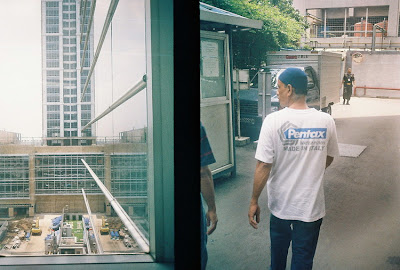 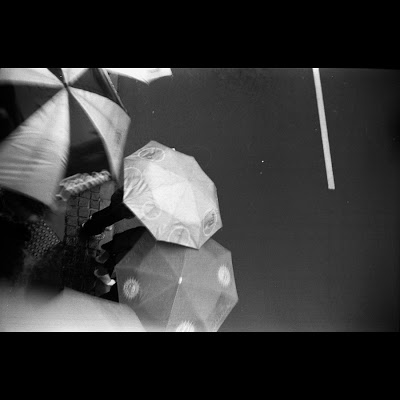 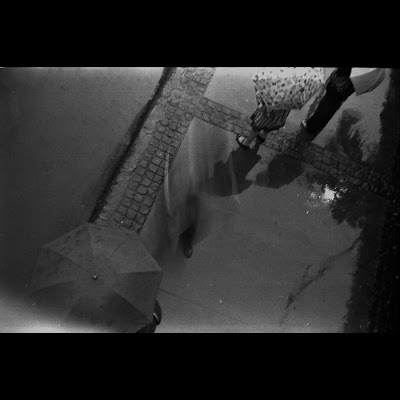 Posted by Tommy N. Armansyah at 7:24 AM No comments:

My second born, an avid car enthusiast, he hostily taken over my die-cast cars... so far his best interest are breastfeeding, eat, sleep, plays and diapers.... 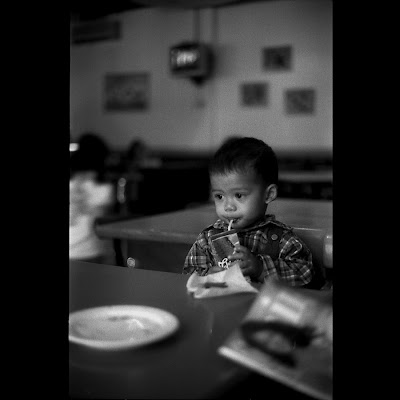 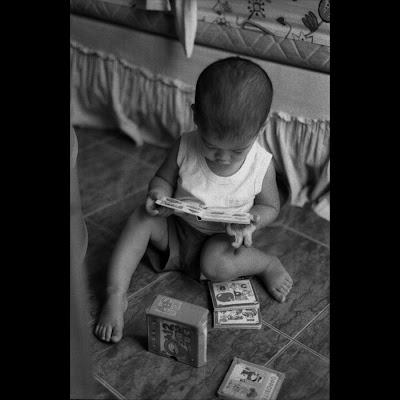 yes, I am trying damn hard to get the HCB impact on these pictures....and it was not working... 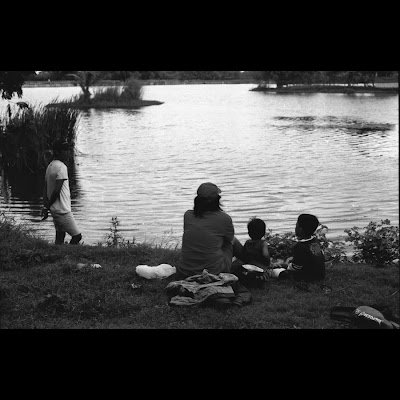 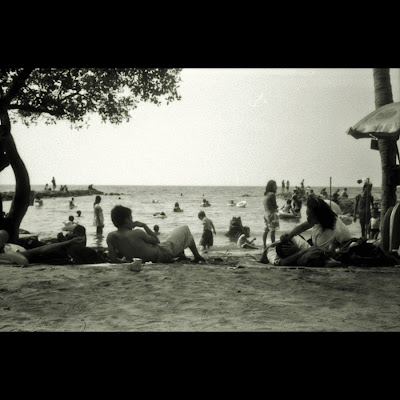 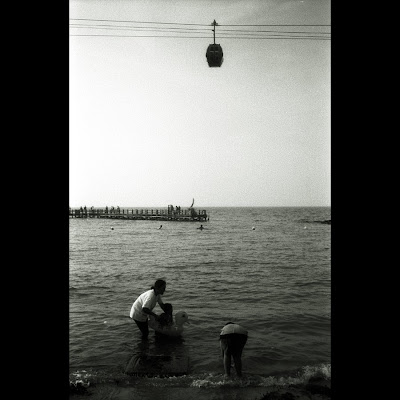 Who am I : Siapa saya